Minimum Wage Kiosks and Kiosk Self-Order From Marketwatch an article referencing new study on Minimum Wage impacts  — nice article from Marketwatch looking at the results from 2021 Princeton study on the effects of raising minimum wage. The usual most vocal critics are people like Andy Puzder back in the day that he ran Carl Jrs.  Labor costs… Read More »

Drive Thru Displays Failures McDonalds, Samsung Typically the kiosk association deals with transactional technologies but peripheral technology like drive-thru menu boards fall into the unattended self-order market.  Even digital signage which is broadcasting actionable information to consumers and customers is relevant. Failures of technology are often the best teachers of how to do it right (and what to… Read More »

McDonalds Drive-Thru Kiosks During recent COVID months, Evoke Creative and McDonalds self-serve has been busy developing and manufacturing over 2,000 new drive-thru car side kiosks and digital order confirmation screens for McDonald’s self-serve kiosks for customers. With drive-thru seeing an obvious surge in popularity, is this now the blueprint for all out of town QSRs? Fantastic to be… Read More »

Very nice exposition of McDonalds project by Steve Lister. This was a project to make McDonalds cool again. From LinkedIn post we saw — So what was the idea of the project? – The complete reinvention of the world’s largest Fast Food Chain, including master-planning, architecture and interior design, brand positioning, graphics, packaging, uniforms and global design standards… Read More »

McDonalds Kiosks Self-Service Post-COVID Distancing In Netherlands Erwin Dito Managing Director at McDonald’s Netherlands As a result of great and swift teamwork, we’ve launched our ‘test and learn prototype’ restaurant in Arnhem. It’s an important step closer to operating in the new social distancing society. The team designed safe work & dining solutions for our employees and guests, while… Read More »

EuroShop, the World’s no.1 Retail Trade Fair The big retail show for Europe is Feb 16-20 in Dusseldorf. Reminds us of WincorWorld and what it used to be. Some of our sponsor are major exhibitors including: Pyramid Computer Star Micronics POSIFLEX/KIOSK Take a tour of the Pyramid booth with Josef EuroShop Introduction EuroShop, the World’s no.1 Retail Trade… Read More »

McDonalds Times Reprinted with permission in full from CNBC May 2019 & Amelie Lucas On Thursday, McDonald’s opened a new flagship store in Times Square, expected to be its busiest in the U.S. The location showcases the modern updates that McDonald’s has been bringing to its U.S. stores. It boasts digital menu boards, 18 self-order kiosks and wireless mobile… Read More » For Dudley Dickerson, the mobile-app orders were the last straw.
McDonald’s has been updating with new technology, delivery, a revamped menu and curbside pickup. But the “Experience of the Future” has employees handling more tasks — in many cases, they say, without pay raises or adequate staffing. So Dickerson, 23, handed over his spatula for the last time.
“They added a lot of complicated things,” Dickerson said in an interview. “It makes it harder for the workers.”
Many fast-food employees hop from job to job. But with unemployment so low, turnover is becoming a problem. Workers are walking rather than dealing with new technologies and menu options. The result: Customers will wait longer.

“Quick-service restaurants are having a little more trouble with job openings and finding workers,” said Michael Harms, executive director of operations at People Report. “It’s the pace of work, the pace of technology and the lower wage rate.” 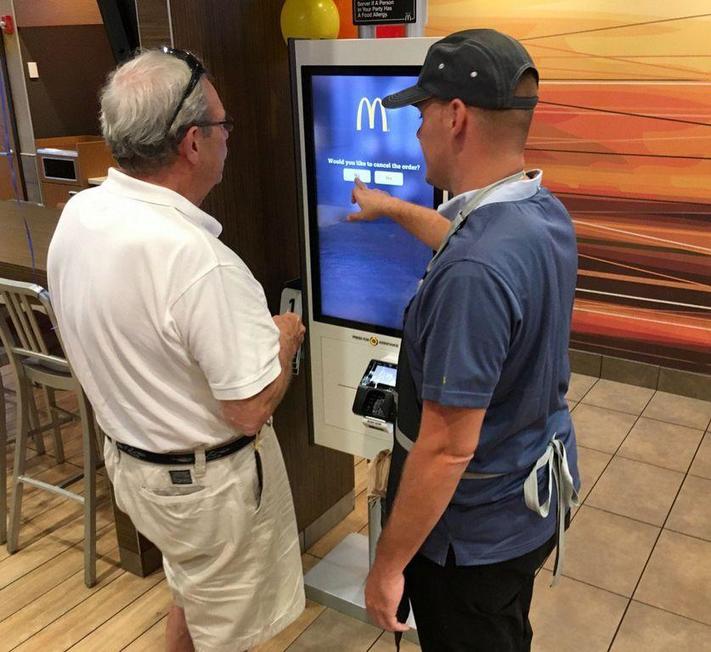 FALL RIVER — Fast food robots have arrived.
Self service ordering kiosks are in place and in use at the President Avenue McDonald’s.
They are the first in the area, but they won’t be the last.
Steve Easterbrook, the CEO of McDonald’s, announced a year ago that ordering kiosks would be installed in all 14,000 McDonald’s in the country. He promised the change would provide quicker and more comfortable service for patrons.
“McDonald’s is raising the bar on McDonald’s on Thursday announced a bold plan to roll out its “restaurant of the future” concept to Chicago and other big U.S. cities.

NRF – In the Wild McDonalds Kiosk Before heading out to Newark for NRF show, Frieder Hansen of Pyramid Computer stops to order some food at McDonalds. That looks like a Polytouch unit to me. Editor 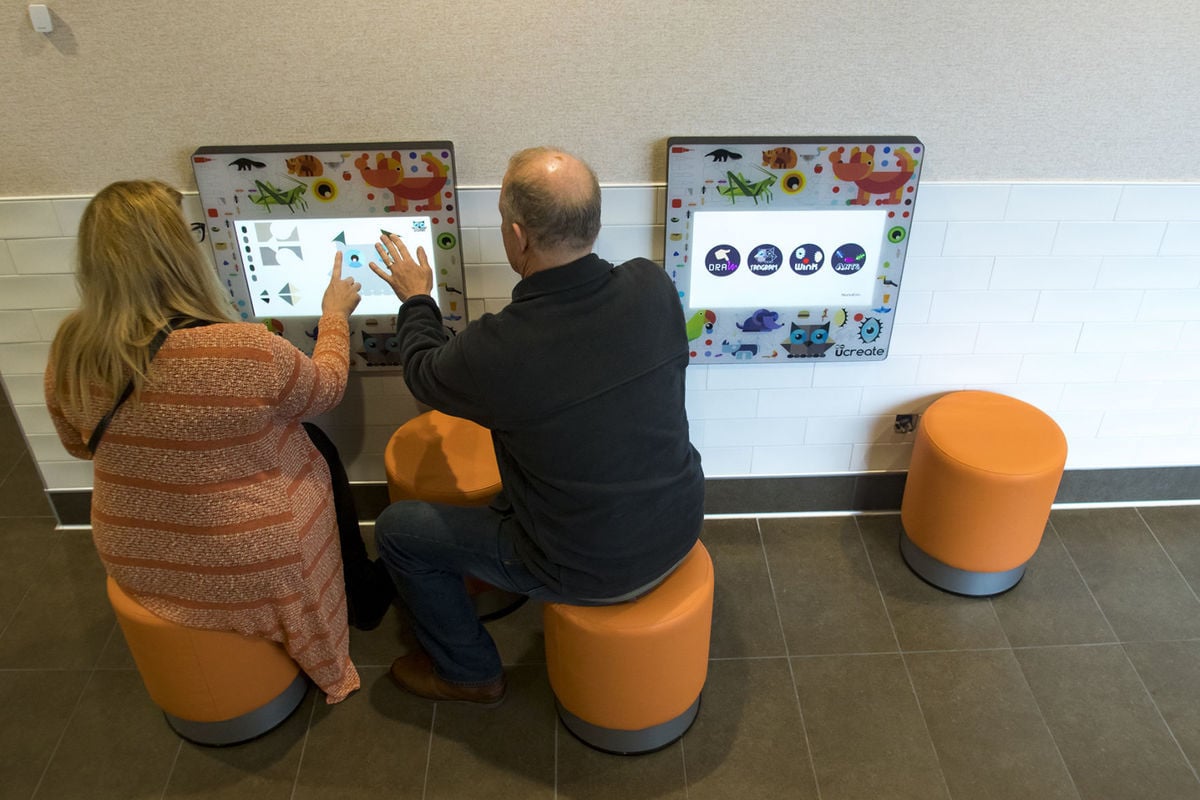 After 43 years, the McDonald’s on Northeast Kresky Avenue in Chehalis has received a facelift and a load of upgrades. Following two months of construction, McDonald’s now includes multiple new

Lots of pictures of the inside. “The restaurant now has self-service kiosks, tableside service and sleek, modern decor,” said Lindsay Rainey, a spokeswoman for the company. “You definitely won’t recognize this McDonald’s.”

Local owner and operator Shari Nixon also commented on the new kiosks, stating, “It’s a convenience for customers. If they’re in a hurry they can beat the line.” 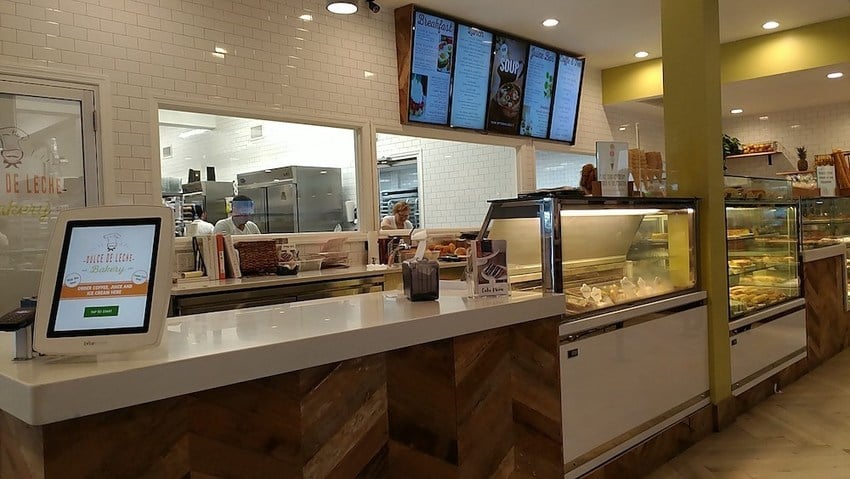 Jack in the Box CEO, Leonard Comma, made news this week when he said “it just made sense” for his fast-food chain to consider switching from human cashiers to machines. To be sure, there are big societal implications if every restaurant made such a shift, but what if automated kiosks provide a better customer experience?

Cowen & Co. upgraded McDonald’s outlook based on the chain’s technology upgrades, including self-order kiosks. The company has been deploying kiosks globally for a decade but has not used them to replace workers. Blog: Despite some reports, McDonald’s not cutting labor by adding touchscreens

Point of view on what self-order kiosks at McDonalds in fact portend, require and generally mean. And its not replacing people.

McDonalds Kiosk Raises Earnings Expectations by Analysts Cowen says McDonald’s will upgrade 2,500 restaurants to its “Experience of the Future” technology by year-end, which includes digital ordering kiosks. The firm raises its rating on McDonald’s to outperform from market perform and price target for the shares to $180 from $142. Same store sales estimate for 2018 raised to… Read More » 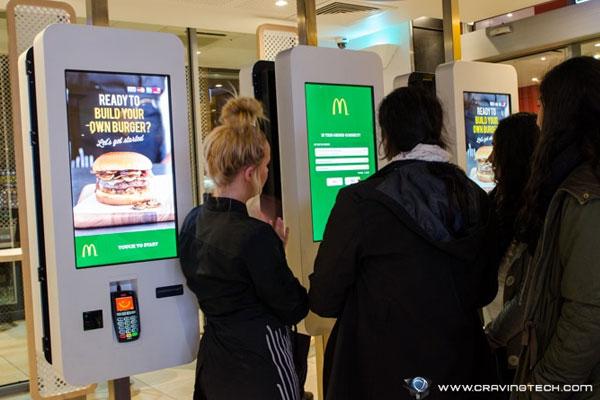 72 “restaurants of the future” to launch.  By end of 2019 McDonalds figures on having most of its 1400+ sites done. New gourmet burgers are making inroads and McDonalds is losing customers and share.

In the US it is estimated self-ordering kiosks in the U.S. number 600 which plans to expand that to 1,000 by years end.