Utique was awarded the “Best New Airport Retail Concept in North America” by ACI, the “Gold Innovation Award for Best Store Design” by NAMA, and was named to McKinsey & Company’s “Ones to Watch in Retail” report.

The acquisition also strengthens Swyft’s growing portfolio of patented inventions by adding ten (10) granted US patents. Utique’s technology includes mechanical patents, a back-end management system patent and user experience and lighting patents. One patent builds on Swyft’s own filings for use of vending machines as distributed micro-warehouses for e-commerce delivery.

BOSTON — The world’s first restaurant with a robotic kitchen that cooks complex meals has opened. Spyce’s automated kitchen has seven cooking woks able to serve up to 200 meals an hour.The Boston eatery’s menu is based on a half-dozen bowls with flavors t

Forget foreign scapegoats. Tech innovation is what’s killing jobs. And the revolt after Trump will resemble the real Luddite movement.

The tech industry played an influential role in the outcome of the US Presidential election. Not just in providing the medium for fake news and propaganda. The root cause is job destruction by automation , which drove a base of dissatisfied Rust Belt voters to support Trump. Job destruction is accelerating — and if tech doesn’t get ahead of this problem there will be a significant populist backlash against the industry and its ability to progress.

This post was inspired by Bianca Al-Shamari, who is writing an article on job automation and the impact on future generations.

Link to article on LinkedIn

A recent study found 50% of occupations today will be gone by 2020, and a 2013 Oxford study forecasted that 47% of jobs will be automated by 2034. A Ball State study found that only 13% of manufacturing job losses were due to trade, the rest from automation. A McKinsey study suggests 45% of knowledge work activity can be automated.

The canary in the coal mine is trucking. Truck driver is the No. 1 job in the US of A. Driving a truck is a respectable job that pays well enough to provide for a family without a lot of education. It’s in trouble. The autonomous Uber Freight is taking orders, powered by Otto. Uber’s $680M acquisition of Otto’s 91 employees equals an effective valuation of $7.5M per employee. Or you could say $200 per US trucking job killed.

Being a Luddite in modern terms has been broadly defined as “people not adopting technology.” Like people that didn’t “get blogging.” But the term comes from the people who destroyed labor-saving devices in the British textile industry during the industrial revolution. They acted on orders from a mythical general Ned Ludd to rebel against the technology that was destroying their jobs.

Yesterday I posted The Coming Tech Backlash, on how my industry is due for a reckoning with the job destruction caused by automation. The key question people asked, and hopefully of themselves, is what can I do about it? As a small startup founding CEO, here’s my answer.

I’m leaning my product towards augmentation and job creation. And supporting emerging communities. These points are admittedly self-serving, but are therefore sustainable.

I’m also looking for opportunities to advance education for the disaffected. My particular interest is enabling junior colleges (I went to Foothill and gave a commencement speech there), which are best positioned to solve these problems, but need resources, technology and knowledge.

I’m going to keep bringing attention to the issue within the industry. And I’m looking for even better ideas that require a range of resources. 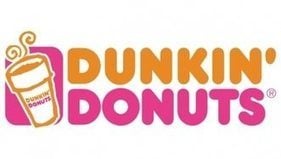 Dunkin’ Donuts is testing kiosks with a selection of sandwiches at some of its locations, according to a research analyst who suggested that the effort could boost sales at the coffee chain.