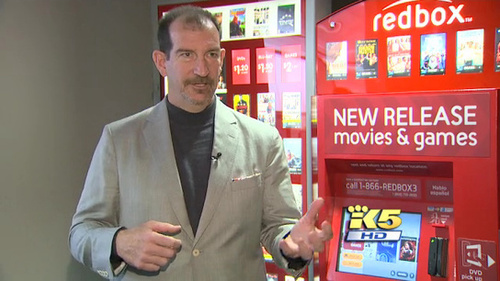 If you’ve ever dumped a jar of pennies into a Coinstar machine or rented a DVD from RedBox, then you’ve helped Bellevue-based Outerwall become a pioneer in automated kiosk technologies.  See on www.king5.com

GOBankingRates
EcoATM Near Me: Find Nearest ATM Locations
Turn Off Find My iPhone. If your Apple device works, you’ll need to disable your iPhone or iPad’s tracking software. Follow these steps: How To…

Outerwall’s ecoATM kiosks offer automated recycling of smartphones, tablets and MP3 players. Yet it also gives the Bellevue-based company – parent of the Redbox and Coinstar product lines – a chance to jump-start its revenue growth.

It hopes to do that with kiosks that can evaluate a wide range of devices, determine if they’re in working order, and can tell if they’re stolen. If the device is accepted, the machine immediately pays cash; a working iPhone can net its former owner $185 on the spot.

“It’s one of those businesses that makes sense from a business perspective, from a shared value perspective, but also it’s one that works well for the environment,” said Outerwall CEO Scott Di Valerio.

The company thinks the $15 billion-a-year electronics recycling market can work well for its bottom line. Outerwall made $2.3 billion in 2013, but Di Valerio admits that revenue growth from DVD rentals and automated coin exchanges is slowing down. Last year the company exited three underperforming food-based kiosk business and laid off more than 200 employees, but it also decided to continue its investment in newer product lines like ecoATM.

Right now Outerwall has 900 ecoATMs throughout the country, mostly in malls, but will add many more this year.

This opportunity also pits Outerwall against other companies that recycle electronic devices, such as phone providers like Apple and AT&T, retail chains including Best Buy and websites that specialize in e-waste recycling. Why should consumers choose an ecoATM?

“Some of those other places, you either get credit or you have to sign up for a long-term contract,” Di Valerio said. “Or you have to send your phone in with an estimated price and then you get cash back later at a different price point. So this is really about understanding what my phone is worth today.”

Redbox Instant, Outerwall’s streaming video business that is a partnership with Verizon, has its own big-name competition – namely Amazon and Netflix, and their digitally-delivered movies, TV shows and original content. Yet DiValerio insists that Outerwall is committed to making Redbox Instant a success.

DiValerio likens the Redbox/Redbox Instant synergy to what customers used to experience when they walked into video stores like Blockbuster (which Redbox has outlived).

“You used to walk around the outside walls because that’s where all the new releases were,” he said. “That’s Redbox, and Redbox Instant is the center of the store. It’s all the great historical content, and some of the more unique stuff. So we have the best of both worlds.”

“We really are focused on movies and movie content, as opposed to maybe our competitors, which have focused a little bit in different areas than that.”

Another new Outerwall product line that’s in the testing phase is Coinstar Exchange, which will pay cash for unused gift cards. Like Redbox Instant, it’s a chance to put a twist on an Outerwall core business. It helps evolve the 23-year-old Coinstar brand, which is vital since Outerwall’s business model involves sharing revenue from its kiosks with its retail location partners.

“We process about $3 billion a year in coins through our Coinstar machines, and more than 50 percent of that is spent in the store in which it’s processed,” Di Valerio said.