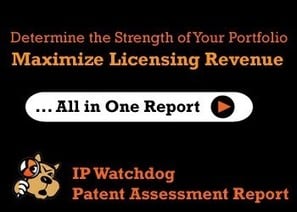 The Central Reexamination Unit of the USPTO issued a non-final rejection of an Apple design patent at the center of their patent battle with Samsung.

Many of the news accounts incorrectly state that the Apple design patent has been invalidated. A non-final rejection is just that – not final. Apple will have an opportunity to respond to this USPTO action. If Apple is not successful in convincing the patent examiner to change his mind they will be able to appeal the decision to the United States Court of Appeals for the Federal Circuit. Thus, this matter is a long way from over. Having said that, Florian Mueller (who not surprisingly writes an excellent article on the topic) thinks the odds are long that Apple will be able to overcome this rejection.

One new problem Apple now faces with respect to the ‘677 design patent is that the patent examiner has determined that the priority claim made in the patent “must be canceled.”