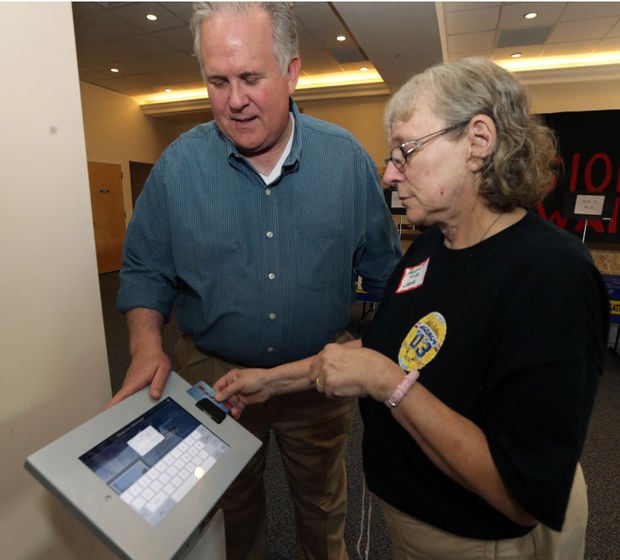 Americans may worship plastic, but, for the most part, they’re not yet willing to worship with plastic.

It may be somewhat surprising then that the Ocean City Tabernacle, in its 135th season, has become the latest one of a very few area churches to experiment with the kiosk concept, installing two stations in its narthex for the summer season. Use of the devices, which consist of iPads inserted in a frame on a stand, has been underwhelming, with only a handful of people weekly availing themselves of the technology.

“So far I would say it’s not finding its audience,” said Rick Carlson, who is in his first year as CEO of the nondenominational Tabernacle. “Part of the reason is our audience tends to be older and kiosks tend to be used most by younger people who use credit or debit cards for everything. They don’t write checks or carry cash.”