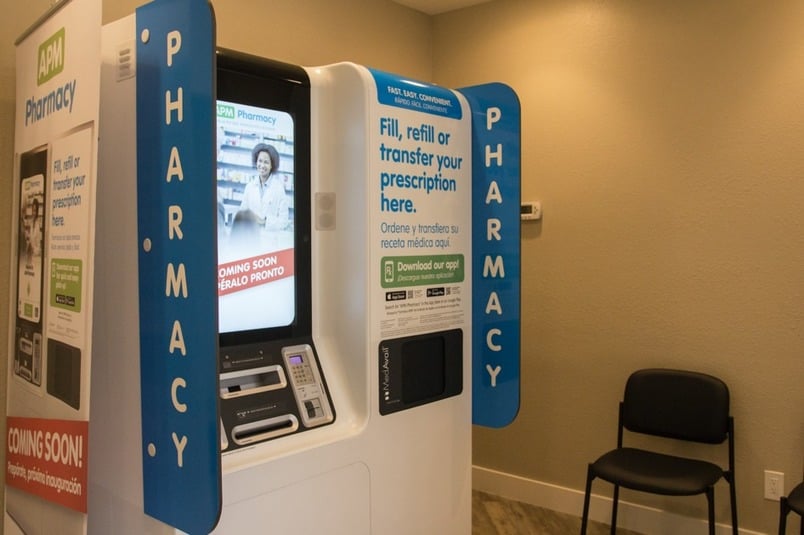 New self-serve technology at one East Valley medical clinic is allowing patients to quickly receive prescriptions and over-the-counter medications from a kiosk immediately following an appointment.

Practitioners at the location can send prescriptions electronically to the kiosk, which verifies patients using their ID. Patients then use the kiosk to interact with a pharmacist via telemedicine and receive their prescriptions.

The medications available at the kiosks – over 700 – were chosen based on a review of which drugs are prescribed most frequently by practitioners, Brite said.

The kiosks, which are roughly the size of a vending machine, do not include controlled substances such as narcotics or benzodiazepines.