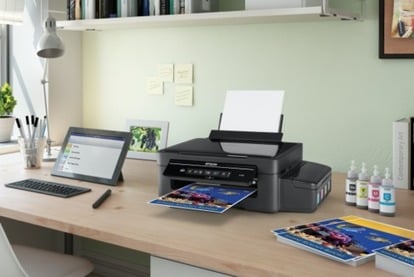 Is this the end of the dreaded printer cartridge?

Inkjet printer cartridges have been the bane of many small businesses and home offices for decades. It’s interesting, then, that Epson is trying something new: next month, they’re launching a new line of printers that come with small tanks of ink, instead of cartridges. The tanks will be refilled using bottles of ink. They’re reversing the economics, here: the printer itself will be more expensive, but the refills will be much cheaper. Early reports claim you’ll be spending a tenth as much on ink as you were before, but we’ll see how that shakes out. The Bloomberg article makes a good point: it’s never been easier to not print things. The printer industry needs to innovate if it wants us to keep churning out printed documents, and this may be the first big step.