Kiosk Lockdown Mode With Google tools, you can create, publish, and deploy apps that make Chrome OS devices do even less. That’s a good thing. Andy Wolber explains. Source: www.techrepublic.com The process takes three steps: create the app, upload it to the Chrome Web Store, then deploy the app to managed Chrome devices. (Even if you don’t have… Read More » 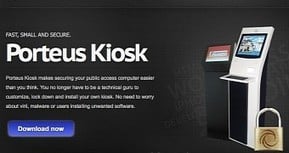 Powered by a long-term kernel from the Linux 4.1.13 LTS series, Porteus Kiosk 3.6.0 is built around the Mozilla Firefox 38.4.0 ESR and Google Chrome 46.0.2490.86 web browser and includes a great number of new features that have been announced by the developer two days before the release of the distribution.

There’s also support for replacing or adding new default preferences for the compatible web browsers, including Mozilla Firefox and Google Chrome, the resolution of the Kiosk Wizard window has been increased to 800×600, and it is now possible to control the right-click mouse state through the wizard.

January Update – Kiosk IndustryBig News – January is the last month for charter membership and charter sponsors. Charter means your company is fixed in the site index as the navigation. Go to the home page and hover your mouse on the About section and see the Charter flyouts.  It is $299 till the end of January.  I decided to include January since I will be at NRF.  Here is link and we take CC or Paypal (and you don’t have to insert your EMV card holding it oddly in your hand 🙂

Recommended: I wrote up a NRF Preview which lists companies and booths. I’ll be there with Michael Tulloch of CTS and we’re going to talk to a lot of people (plus maybe the usual steak dinner). If you want to say hello send me an email ([email protected]).

Also a write up after some interviews about HealthSpot and why it seemingly has crashed and burned after such a meteoric rise.  Same week Higi gets $40M. Go figure. I really liked the blog entry by Frost & Sullivan. They did a nice job.

Here’s the other news from Kiosk Industry…
Editor Picks

Thanks for your support!

Copyright © 2016 Kiosk Industry Group, All rights reserved.
You signed up for monthly email from Catareno with events and news from kiosk, thinclient, retail and chrome industry.

We are celebrating a big birthday! Analytical Design Solutions Inc is celebrating 25 years of business.  With our roots in Engineering Consulting and Software Development, ADSI is proud to be a fixture in the York Tech Community and is excited to continue to excel in the kiosk software, interactive digital signage, and mobile device management arena. President and… Read More » FlowVella, the mobile-first presentation platform, is launching “Kiosk Mode” today on the FlowVella iPhone and iPad apps, giving users the ability to secure presentations for public use like trad

Are you Scan and Go Ready? Originally published on LinkedIn May 16, 2019 Wherever you go today, whether Starbucks or Taco-Bell, screens are in – touchscreens that is. More than likely your fingers will interact with a digital device at some point, whether swiping a tablet to pay a bill or signing a receipt or else ordering your… Read More »

Small business owners recognize the value of self-service because it allows them to serve more customers with minimal staffing overhead. This article gives you the components to piece together a very economical do-it-yourself kiosk for your small business or startup for under $1000 Source: blog.kiosksimple.com The Components That Make Up Your “Cheap Kiosk” Firstly, I want to clarify that when I… Read More » 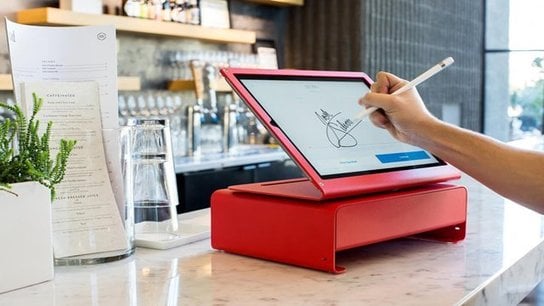 Kiosk FAQ is intended to answer those questions that we are asked frequently, no surprise there. Kiosk Mode Kiosk Best Practice Report on Usage of USPS kiosks  usps- report.pdf Eliminate admin accounts in the OS. Learn from others How to Setup Kiosk Mode Chrome Kiosk Mode versus Kiosk software — Link How to do kiosk mode on Nexus 7 Setting Kiosk… Read More »

Windows 10 Kiosk Mode & Android Kiosk Mode New Releases from KioWare! The month of February was an exciting time for KioWare as we saw not one, not two, but THREE new versions of our kiosk lockdown and management software! Whether you are an existing KioWare customer or are just interested in learning more, you can find more information… Read More » Kiosk Mode Lockdown Windows Editors Note:  As much as we appreciate Microsoft supporting some sort of kiosk mode we can’t help but wish they could recommend “assistive” products like KioWare and Sitekiosk which eliminate the “learned my lesson” or didn’t.  Companies who have spent years analyzing and dealing with the situation have a much more robust, time-saving and… Read More »

New Release Kiosk Mode Software Latest release from KioWare for Windows 10 Kiosk Mode is available. KioWare for Windows Version 8.29 Editors Note: We’ve used, installed, deployed and managed 100s of KioWare deployments over the years and we recommend. Major clients such the SSA picked KioWare for a good reason. Generally many companies will attempt to use in-house… Read More » 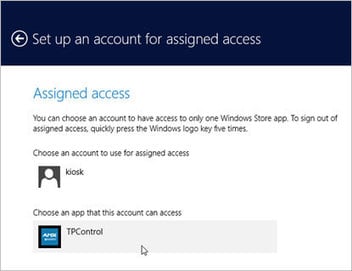 Do you want to restrict your users to only a single app in Windows? Here is how you can set up kiosk mode in Windows 8. Source: www.maketecheasier.com Locking the user down to one single app (assuming it is a “modern” app). kiosk mode.

Question and answer from VMware community on configuring kiosk mode and thin client. View Kiosk Mode with Zero Client – Auto login myvdi (1 posts since Jul 7, 2014) Jul 7, 2014 2:20 PM We are looking to use a zero client to provide guest internet access and are currently testing various configurations. We currently have a zero… Read More »

We have configured Kiosk mode on Physical Desktop. When user connects to view via “Kiosk mode” he is not able to access physical desktop anymore. I was Self-service kiosks can be used in many different situations, such as healthcare, hospitality, and education. For example, a majority of patients claim that the most challenging part of a hospital or doctor visit isn’t the visit itself—it’s the check-in process. A kiosk station can help simplify the patient experience by allowing them to update their personal information, order… Read More »