The Kiosk Manufacturer Association is pleased to announce our inclusion on the NRF COVID Industry Resource Partners Headquarters page.

From NRF : “The coronavirus pandemic is dramatically affecting businesses all over the world including the retail industry. To support retailers, NRF’s technology, research and consulting industry partners are providing free or discounted resources and guidance. This includes tools, strategic insights, products and services and more to help retailers navigate through the current environment.”

The State of Retailing Online 2019

Developed in partnership with Forrester Research, the annual State of Retailing Online report provides an overview of metrics from the previous year as well as retailers’ key priorities, investments and challenges for this year. For the first time, the report also details retailers’ challenges and strategies surrounding personalization.

Top Findings from the SORO report

“The State Of Retailing Online” is an annual survey conducted by the National Retail Federation (NRF). The survey examines retailer and digital business professional attitudes and focus areas for critical digital commerce issues. Some notable additions to this year’s survey are several questions related to
omnichannel fulfillment and personalization. We conducted the survey for the 2019 study in Q4 2018 and received 69 complete and partial responses from retailers. Respondents in this annual survey were (see Figure 1):

› › Split between pure plays and store-based merchants. Fifty-five percent of survey respondents were employees of traditional brick-and-mortar retailers with web divisions or branded manufacturers with largely wholesale businesses. Another 45% were pure plays or online retailers.

Published on PRNewswire and MarketWatch

The Kiosk Manufacturer Association is happy to announce that several of its sponsors will be exhibiting next week at DSE 2019. 191 companies in total will be represented. What began as a digital signage tradeshow seems to be evolving to a large format interactive informational kiosk tradeshow. Sponsors exhibiting include Peerless-AV, 22Miles, Optconnect, Zivelo, MimoMonitors and LG-MRI.

Craig Keefner of KMA notes, “Touch is still the key for establishing ROI and digital signage is evolving to interactive. Device interaction currently is mobile phones but that will widen as well in scope.”

KMA has a preview article with links and next week pictures and comments from the exhibiting sponsors will be added. KMA would like to thank Peerless-AV for the mini lighted display signage they sent US Mail prior to the show. And thanks to LG-MRI.

So what do Walmart, Amazon, Schwarz Group, Carrefour, Costco and Aldi have in common? They attended NRF 2019 and are some of the Top 10 Global Retailers in the world. Companies such as YUM Foods, Tommy Hilfiger, Whole Foods, Apple, T-Mobile and the New York Mets are companies that attended NRF and met with KMA at our booth. KMA has formed a retail advisory group to help solicit opinions and thoughts on Accessibility and ADA which KMA can use with the entire ADA & Accessibility committee and later the U.S. Access Board during their meeting later this year. KMA will exhibit again next year at NRF 2020. If you are a retailer or deployer and are willing to be surveyed from time to time please contact craig@kma.global and there is no charge for participating. The current group comprises 40 participants.

KMA is committed to public outreach via all mechanisms including tradeshows such as NRF. KMA is a member of NRF.

In Other New – Features

The NRF Big Show was a big success for KMA. We were hoping to get some brands to sign up as part of our new Retail Advisory Council and we signed up companies such as Tommy Hilfiger and the New York Mets.

We’re pleased to announce that KMA will be exhibiting at the BigShow in NY in January 2019. Booth 1725 on the main floor.

We will have example kiosks (one of them courtesy of Olea Kiosks) and it will be running  application by Appetize.

A second tablet display will be debuting a new retail application that has recently been deployed by FAO Schwartz.

As part of NRF we will be recruiting participants for our Retail Advisory Council.  Simply put we are looking for companies which have an interest in self-service in general and also accessibility and may or may not have some input for us.  This type of broad input and review is modeled on ANSI standards for process. We hope to see you there.

For more information on Retail Kiosks in general please visit our Retail Market page. Included is recent data by Frost & Sullivan on “Revenue and Unit Shipment Forecast Discussion by Vertical”.  Retail is the largest vertical market for self-service kiosks to summarize. 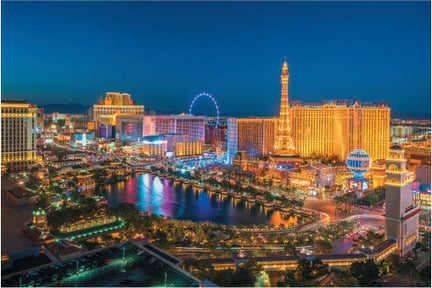 Nice story on facial and recognition and how Fraud-IQ is helping retail in loss prevention.

“Fraud is such a big number in retail, one that largely goes unchecked,” says Peter Trepp, CEO of FaceFirst, a software firm that provides a security face recognition platform for use in industries including retail, air transportation, casinos, sports and event venues. The company recently unveiled Fraud-IQ, which it calls the first facial recognition product built specifically for use against retail return fraud.

“It’s hard to find tools to combat fraud,” Trepp says. “Part of this is because criminals have become so sophisticated. We think [facial recognition] is a contribution to battle this.”

The new Fraud-IQ works in two ways to assist retailers. “First, it can identify people entering the store without a package and then showing up at the return counter with goods to return,” Trepp says, “and the second works against repeat offenders.”