From the new TPGi website Feb 2021 — The Paciello Group is now rebranded as TPG Interactive or TPGi.  TPGi is a division of Vispero.  We note that TPGi is one of the contributors to WCAG 3.0 and is the top tier in accessibility testing and guidance. With the proliferation of web and mobile ordering, accessibility is more… Read More »

Question of the day – ADA Kiosk Compliance Are kiosks installed prior to 2010 ADA regulations subject to 2010 regulations? Ok, I’ll take a shot at this. My name is Craig Keefner and I work for Olea Kiosks which is a highly skillled kiosk manufacturer and designer in ADA. Note that this is my personal opinion. The engineering design… Read More »

CIOC Revised Section 508 Chapter 4 Hardware (including Mobile) Tuesday, July 25, 2017 The revised Section 508 Standards and Section 255 Guidelines address many changes to technology that have occurred since 2000. Among the most significant changes are the widespread use of mobile technology and the increasing use of mobile devices to perform a variety of ICT functions.… Read More »

The final rule as published in the Federal Register, to the section for “closed functionality” (402) which is the core requirements for a kiosk.   The section for Operable Parts (407) would also be quite important. Table of Contents Chapter 3: Functional Performance Criteria 301 General 302 Functional Performance Criteria Chapter 4: Hardware 401 General 402 Closed Functionality 403 Biometrics 404… Read More » The case, titled Magee v. Coca-Cola Refreshments USA, was brought by Emmett Magee, a blind man from Louisiana who invoked the ADA in suing Coca Cola because its glass-front vending machines made it impossible for him to know what product he was choosing and at what price. He was thwarted buying soda from vending machines at a hospital and a bus station.

The U.S. Court of Appeals for the Fifth Circuit turned away his claim, ruling that vending machines are “not a physical place open to public access” and therefore don’t fit the definition of “public accommodations” that are required to abide by the ADA. It also said that the hospital and the bus stations were public accommodations and “may very well” bear some responsibility to make vending machines on their premises accessible to the disabled. 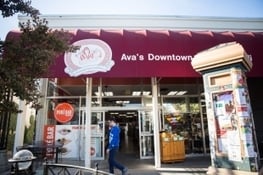 A linchpin of Castro Street, Ava’s Downtown Market & Deli has weathered fierce competition, rising costs and parking troubles. Now the grocery store’s latest threat has to do with the dimensions of its displays and chairs.

ADA Kiosk News – US Access Board Meeting in Washington, D.C. On November 1st as part of our ADA Committee, several of us traveled to Washington, DC to meet with the U.S. Access Board. The reason for visiting was to introduce ourselves to each other, discuss how we can work together more closely and give the Board an… Read More »

Universal design aims to create an environment accessible to all, regardless of age, or linguistic or physical limitations. As Tokyo prepares for the 2020 Olympics and Paralympics, one venture firm working to make Japan a world leader in this area is led by Toshiya Kakiuchi. Wheelchair bound since childhood due to brittle bone disease, this young entrepreneur provides consulting on facilities and services for the disabled, aiming to change preconceptions and facilitate true hospitality.

A NEW ERA OF ACCESSIBILITY In compliance with ADA Standards for Accessible Design, new US Department of Transport regulations come into effect during 2016. These new mandates are intended to increase accessibility for those with sensory or mobility impairment. Sight-impaired travelers will be able to access information and services via kiosks and ticketing machines by connection of a… Read More »

MEDIA RELEASE Contact: Peter Jarvis Storm Interface Phone: +44 (0)1895 456200 Email: [email protected] London, England. January 2018 Web: www.storm-interface.com Storm Interface and Tech for All build on a shared vision As the ICT sector in the U.S. is challenged to conform with the ADA and other accessibility regulations, two leading experts are collaborating to offer compliant and effective solutions.… Read More »

RNIB Testing Confirms Compliance with ADA Requirements With so much conflicting information about what manufacturers should do to ensure compliance with ADA, Storm Interface approached the RNIB for guidance and confirmation of conformance. The Royal National Institute for Blind People provide laboratory testing and accreditation services to the World Blind Union and are one of the world’s (if… Read More »

U.S. Access Board Issues Correction to ICT Refresh Final Rule The U.S. Access Board has issued a correction to its updated accessibility requirements for information and communication technology (ICT) to restore provisions on TTY access that were inadvertently omitted. The action applies to the final rulethe Board published last January to jointly refresh its Rehabilitation Act (Section 508) standards for ICT… Read More » 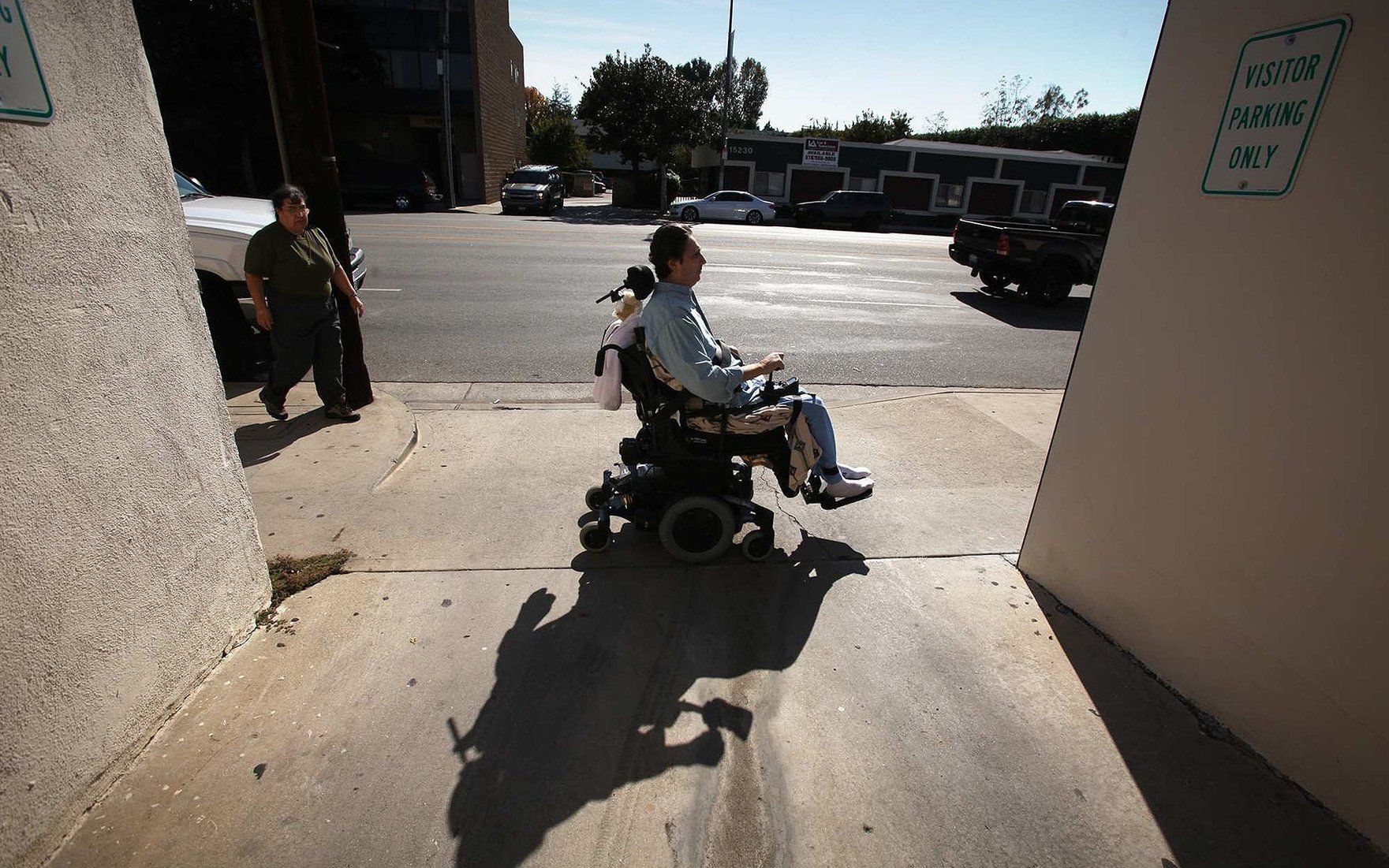 The ADA Education and Reform Act, or H.R.620, is slated to come up for a full vote in the U.S. House of Representatives Wednesday or Thursday. But detractors say the bill would gut the part of the landmark ADA law which requires public businesses to make accommodations allowing for ease of entry for people with disabilities.

Something needs to be done about predatory lawyers for sure but this doesn’t do it. It basically drops the bar for companies a couple of notches and eliminates any legal action. Remains to be seen whether companies decide long term it is in their interest to deploy assistive infrastructure now, or later.

Peerless-AV Joins Kiosk Manufacturer Association Board of Directors AURORA, Ill. – February 28, 2018 – Peerless-AV®, an award-winning designer and manufacturer of the highest quality audio and video solutions and accessories, is pleased to announce it has joined the Self-Service Kiosk Association’s Board of Directors for 2018. Peerless-AV joins 16 companies in serving to lead efforts to promote best… Read More »

UX for Disabled Webinar from Paciello Group April 25 ADA kiosk question. How do you move from technical accessibility compliance to creating engaging, effective digital experiences for people with disabilities? One very successful way is to involve people with disabilities in User Experience (UX) activities throughout the lifecycle of a design and development project. But there can be… Read More »

ADA Kiosk – U.S. Access Board Launches YouTube Channel The U.S. Access Board is a federal agency that promotes equality for people with disabilities through leadership in accessible design and the development of accessibility guidelines and standards. Its guidelines and standards address access to the built environment, information and communication technology, transportation, and medical diagnostic equipment. The Board… Read More »

A New Spin on Song-Beverly Act ADA Litigation Against Retailers How much data are you handing over at POS? How much data are you taking/handling?  New litigation in California points also at operative locations for devices which are capturing the data. Excerpt: Retailers operating brick-and-mortar stores in California are likely well aware of the state’s requirements for the collection… Read More »

Welcome to Vispero Vispero is the world’s largest assistive technology provider for the visually impaired. Although officially formed in 2016, our brands Freedom Scientific, Enhanced Vision, Optelec, and The Paciello Group, share a long, rich history as industry leaders dating back to 1975. Watch Video We develop and deliver innovative solutions that enable blind and low vision individuals… Read More »

JAWS Kiosk or JAWS Windows (goes by both) Vispero®, the world’s leading assistive technology provider for the visually impaired, is excited to announce an addition to the Vispero family: JAWS Kiosk. A collaboration between The Paciello Group (TPG) and the Freedom Scientific brand (owned by Vispero), JAWS Kiosk is focused on delivering accessible kiosk solutions whether it’s through… Read More »

Patient Check-in Kiosk for Veterans – RFP Award A continuation of the process at the VA for the check-in kiosks continued. An RFP for 40 units was issued in September and the VA decided to sole-source the RFP to Vecna, the incumbent vendor. Some of the reasons they decided to sole source according to VA The needed timeframe… Read More »

DOJ Accessibility Analysis March 2022 Announcement In March 2022 the DOJ formally issued a statement regarding accessibility and websites.  While that would seem to be confined to websites it is easy to assume that other public communication mechanisms such as kiosks, or mobile phones will be impacted in some way.  In particular, transactions performed by the public. You… Read More »

#CSUNATC19 Audio: A Transformative Experience For Kiosk Access With AudioEye Joe Steinkamp Mar 25, 2019 2:35 PM ET Self service options have been gaining momentum beyond the gas pump and the grocery lines. McDonald s, and others in the Food Service industry, have been exploring Cashierless payment alternatives such as those involving the use of Kiosks for general user… Read More »

Touchscreen-based self-service technology is changing the way we do business, but one of the key challenges to widespread adoption is finding a way to make that technology useable by everyone. Self-Service For All – ADA Kiosk By Richard Slawsky contributor Interactive touchscreens are quickly becoming a key player in the kiosk world. Businesses ranging from fast-casual restaurants to… Read More »

Posted on kma.global May 2019 from Denver Post Excerpt from The Denver Post May 2019 It is also a reminder of why it’s important to keep the pressure on government and private entities to make public places accessible to all. “The sort of run-of-the mill storefronts, restaurants, retail store, those really should be accessible now and a lot are but… Read More »