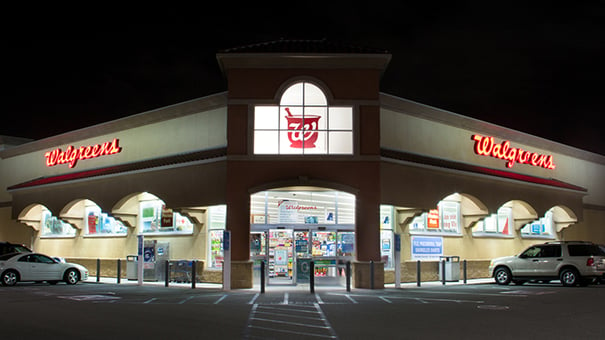 Walgreens is now offering access to NewYork-Presbyterian emergency physicians through its in-store medical kiosks. CVS has done the same with the Cleveland Clinic.

Walgreens partners with NewYork-Presbyterian to offer in-store telemedicine was last modified: May 16th, 2019 by Kiosk Industry

The kiosk industry is growing, but the road to self-service success is littered with the remnants of those projects that didn’t quite make the grade.

Good news for the health of the kiosk industry continues to roll in. A research report issued in early March by Transparency Market Research projects the global kiosk market will expand at a combined annual growth rate of 10.9 percent over the next seven years, topping $30.8 billion by 2024.

A report issued just a few days later Stratistics MRC is even rosier, predicting that the market will reach $88.34 billion by 2022. Another report, from IndustryARC, predicts that growing competition at the retail level will boost demand significantly.

Despite those predictions, though, not every self-service kiosk deployment is going to be a success. Some operators seem to be determined to wrest failure from the jaws of success, either through a lack of clarity on what function the kiosk is supposed to perform or not viewing the deployment from the standpoint of the end user.

So to help those considering an investment in self-service kiosk technology, here are a few suggestions about what NOT to do when planning a deployment:

Tip #1 – Don’t forget to include ALL stakeholders.
Obtaining input from stakeholders in the project may seem cumbersome in the beginning but is advantageous in the long run, says Janet Webster, president of Washington, D.C-based consulting firm Creative Solutions Consulting. Invite all key groups within the organization to offer their input.

“You will be surprised at just how many areas are affected during kiosk deployments,” Webster said. “It’s better to let the groups know up front instead of having an issue later.”

Getting input from stakeholders might have helped the Mayo Clinic avoid a spectacular fail when the Rochester, Minn.-based health care facility deployed health information kiosks in the Mall of America in Bloomington, Minn., in 2011.

“You could go and look up information, let’s say on psoriasis or heart disease or whatever, and the kiosk would print out information for you,” said Francie Mendelsohn, president of Washington, D.C.-based kiosk consulting firm Summit Research Associates.

Unfortunately, while the idea was good, the execution was lacking. Instead of offering a one-page summary of various health issues in a reader-friendly format, the kiosks dispensed what amounted to a medical-school textbook entry on whatever disease the user chose.

“Let’s say you wanted something about one of the signs of impending heart problems,” Mendelsohn said. “You got maybe 20 pages in at best eight-point font. It was just unusable from a customer point of view. They had the opportunity to allow people to sign up for their newsletters and to promote the sale of their publications while offering information, but they just went about it all wrong.”

Trying to get by with consumer-grade components in a commercial deployment is a recipe for disaster. Using cheap components may save money up front, but it’s likely to cost much more over time in maintenance, lost sales and the eventual replacement of those components.

In addition, multiple breakdowns are likely to foster distrust of the kiosks even when they are operational. If customers approach the kiosk and it’s out of order they may come back a second time, but if the device is out of order the next time, they’re likely never to return.

“A kiosk fixture company chose to use consumer-grade flat panel TVs inside a kiosk to save money,” Richter said.
“After running 24/7 the panels overheated and started smoking within the kiosk enclosure,” Richter said. “The fixture company had to not only remove all of the panels inside the kiosks, but also replace them with new panels. The cost to retrofit over 500 kiosks already in field was tremendous and a painful lesson about using consumer-grade equipment for commercial applications.”

Although a deployment may look good on paper from the deployer’s point of view, it’s easy to forget that part of the goal of using self-service technology is to create a great user-experience.

Furniture maker IKEA has long used kiosks that allow shoppers to sign up for their loyalty programs, and those devices generally garnered positive reviews. Unfortunately, the company stumbled in their venture into self-checkout kiosks.

While most IKEA stores featured both self-service and cashier-operated checkout lanes, during the deployment the company only opened the cashier lanes on peak shopping days. On other days, no cashiers were available, and shoppers were directed to the self-checkout kiosks.

The scanners quickly became a source of frustration.
“A lot of the stuff you buy at IKEA comes in big boxes, so you can’t just pick it up and pass it across the scanner,” Mendelsohn said. “They did have these handheld devices that were tethered to the kiosks, but the tether wasn’t very long, and if you didn’t approach correctly the scanner couldn’t read the code.”

In addition, there were no instructions on how to use the handheld scanners, leaving shoppers guessing about what to do.

“Because this was so frustrating, a lot of people, myself included, just picked up the merchandise or wheeled the cart to another one and eventually checked out,” Mendelsohn said.

Eventually, the negative feedback from customers grew so great that in 2012 the company yanked all of the kiosks from its U.S. stores.

Don’t forget to clearly define the purpose of the kiosk, the value of offering a kiosk solution and the operational impact.

Greeting card maker American Greetings was one of the earliest entrants into the self-service kiosk market, deploying thousands of CreataCard greeting card kiosks in thousands of retail locations in the early 1990s.

The kiosk featured a selection of greeting card templates and a pen plotter, allowing users to choose their own design and personalize it with names and sayings. Once the user made his selection, a number of colored pens created the card.

What the company apparently didn’t consider, though, was how a kiosk that could take up to 10 minutes to print a greeting card at a price more expensive than off-the-shelf cards improved the lives of shoppers. Another point of dissatisfaction was the limited number of templates available compared with the number of card styles on the rack.

The final nail in the coffin, though, was the fact that the kiosks didn’t require payment until after the cards were completed.

“They ended up becoming what I would call a kiosk babysitter,” Mendelsohn said.

“They’d have them in stores and people would say, ‘Johnny, go make a card while Mommy shops,” and come back in ten minutes,” she said. “It was quite an interesting thing for a kid to sit there and watch, but at the end of the day, they didn’t buy the card. Of course, the company lost a tremendous amount of money.”

Note: Janet Webster and Francie Mendelsohn are both principals with DigitalBusiness.us which is the premier kiosk and self-service consultancy. Other principals include Peter Snyder, Karla Guarino, Benjamin Wheeler and Craig Keefner.

Questions to consider when planning a kiosk deployment

Why are you offering this self-service solution?

Don’t presume you know what the customers want/need; validate your rationale for offering a kiosk. Ask your customers what they want, need, and expect of your business and provide examples of planned kiosk offerings to ensure you’re on the right track (multiple focus groups will help clearly define customer expectations).

What is the advertising/marketing strategy?

What are the success metrics and how will you collect the data?

What if it doesn’t work?